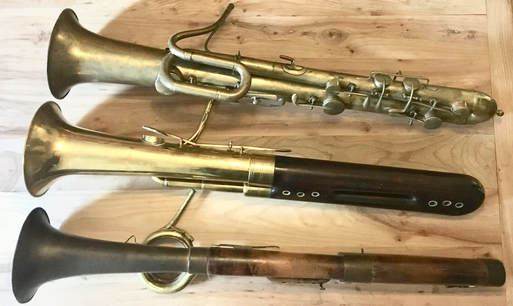 Queen Victoria’s Consort often performs works by Mendelssohn arranged for the ensemble, this is because we know from Victoria’s extensive journal entries and Mendelssohn’s letters of a friendship and mutual respect between the royal couple and the composer born out of Victoria and Mendelssohn’s talent at performing and Albert and Mendelsohn’s love of composition.

Victoria wrote his account of their first meeting (16th June 1842, Buckingham Palace): “After dinner came Mendelssohn, whose acquaintance I was so anxious to make. Albert had already seen him the other morning. He is short, dark, & Jewish looking, delicate, with a fine intellectual forehead. I should say he must be about 35 or 6. He is very pleasing & modest… “

It seems Mendelssohn was keen to show off his talents as an improviser and was given two melodies on which to improvise. We can choose to play these as an ensemble and know that they were popular choices with Victoria and Albert.
“.…He asked us to give him a theme upon which he could improvise. We gave him 2, ‘Rule Britannia’, & the Austrian National Anthem. He began immediately & really I have never heard anything so beautiful, the way in which he blended them both together & changed over from one to the other, was quite wonderful as well as the exquisite harmony & feeling he puts into the variations, & the powerful rich chords, & modulations, which reminded me of all his beautiful compositions. At one moment he played the Austrian National Anthem with the right hand, he played ‘Rule Britannia’ as the bass, with his left! He made some further improvisations on well-known tunes & songs. We were all filled with the greatest admiration. Poor Mendelssohn was quite exhausted when he had done playing.”

Mendelssohn scored for many of the instruments we use in Queen Victoria’s Consort, especially the Serpent and English bass horn, which he sketched in a letter to his sister to later be included in the score for ‘A Midsummer Night’s Dream’

On another visit to listen to Victoria sing and to be played a number of Albert’s compositions Mendelssohn’s duties extended to removing the queens parrot from the room so that the bird would not interrupt the performance. Mendelssohn wrote in a letter “…. Just as we were about to begin, she said, ‘But first we must get rid of the parrot, or he will scream louder than I can sing.’ Prince Albert rang the bell and the Prince of Gotha said ‘I’ll take him out;’ so I came forward and said, ‘Please allow me!’ and lifted up the big cage and carried it out to the astonished servants.”

Queen Victoria’s Consort continues the Victorian practice of arranging music for a specific ensemble or soloist. We are lucky to have access to a large number of compositions by Prince Albert that have been arranged by Robert Vanryne for brass quartet or quintet. We have included a fragment of a simple part song by Albert and can arrange specific compositions or selections of Albert’s music to suit an occasion or programme.